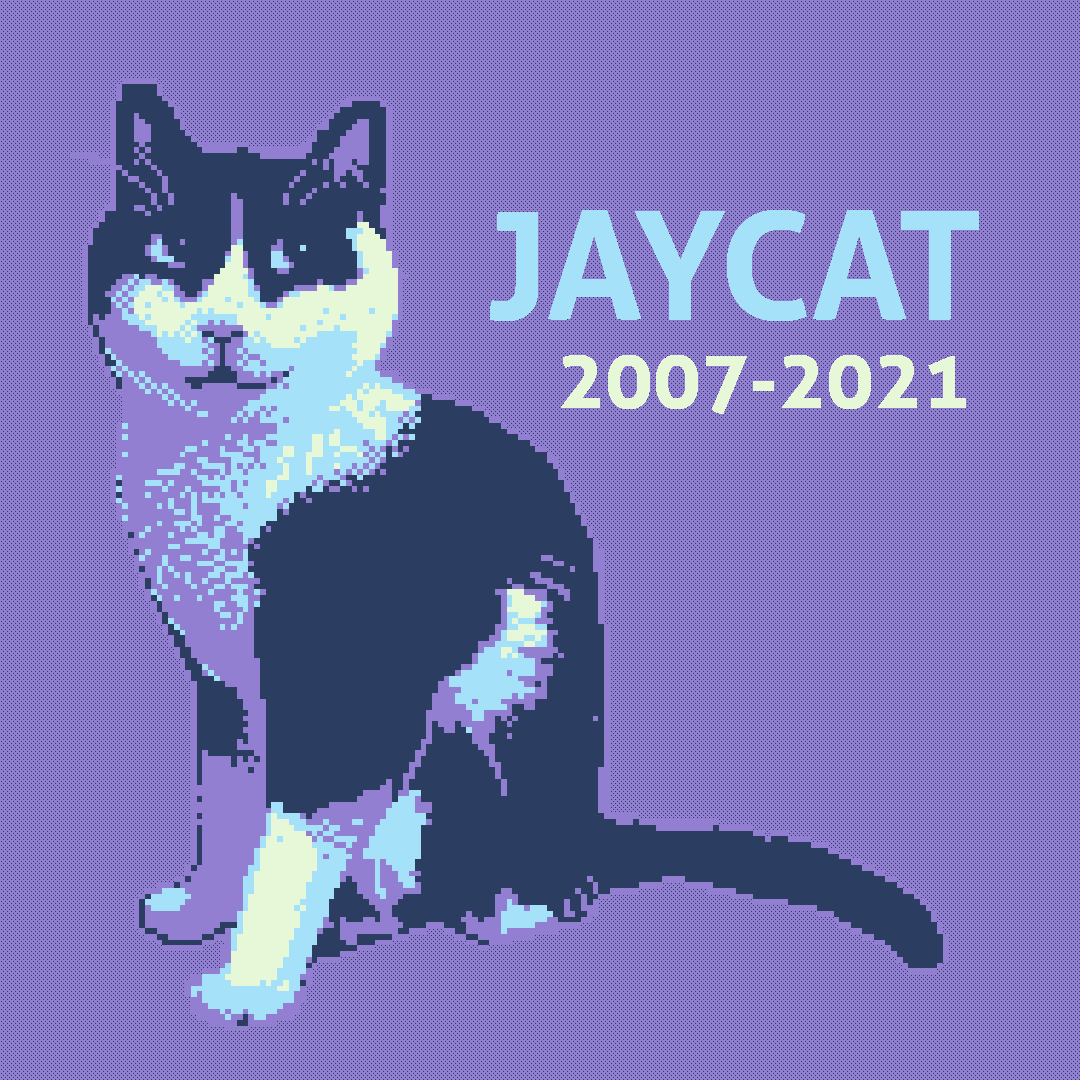 On the 24th of December 2021, we lost our greatest love Jaycat (Bubble Jcat), 14 years of age, to mouth cancer (Oral squamous cell carcinoma). Jcat was born in Hong kong as a street kitten in around April 2007. We met him in 2007 when he was around 2-3 months old.

He was so tiny and covered in dirt. At first he had a raspy meow, but when his voice healed we could finally hear his beautiful middle pitch voice.

He had a long old face and a set of eyes that seemed to have experienced a lot. Sometimes we joked that he might be a person trapped in a cat body; he is a “Catboy” not a “Cat” cat.

Last year, 2020, before the pandemic city lockdown, I flew back to Hong Kong to pick him up and bring him here to Berlin to live with us. Everything was so perfect. Rob fell in love with him and they developed an unbreakable bond. During his time in Berlin, Jcat became very picky with his food choices, and when the pandemic city lock down began I was inspired to make a game about him. One year later the game was completed. On the release day, we brought Jaycat to the vet for a regular body check and he was diagnosed with mouth cancer. This feeling was very complicated it felt like the worst and the best day of my life.

Ever since we met he was always my greatest love. He was always so cute, so chill, so cool, so understanding. He has never been aggressive under any circumstance, before he got sick you could hold him any way and he’d be totally accepting and totally comfortable. He wouldn’t usually come to you for attention, but if you call his name he would come right away.

He has been always my inspiration and my strength.

R.I.P. Jaycat, I don’t know if I will ever meet another cat that I can love so greatly. You will always be in my heart, mind and my words. 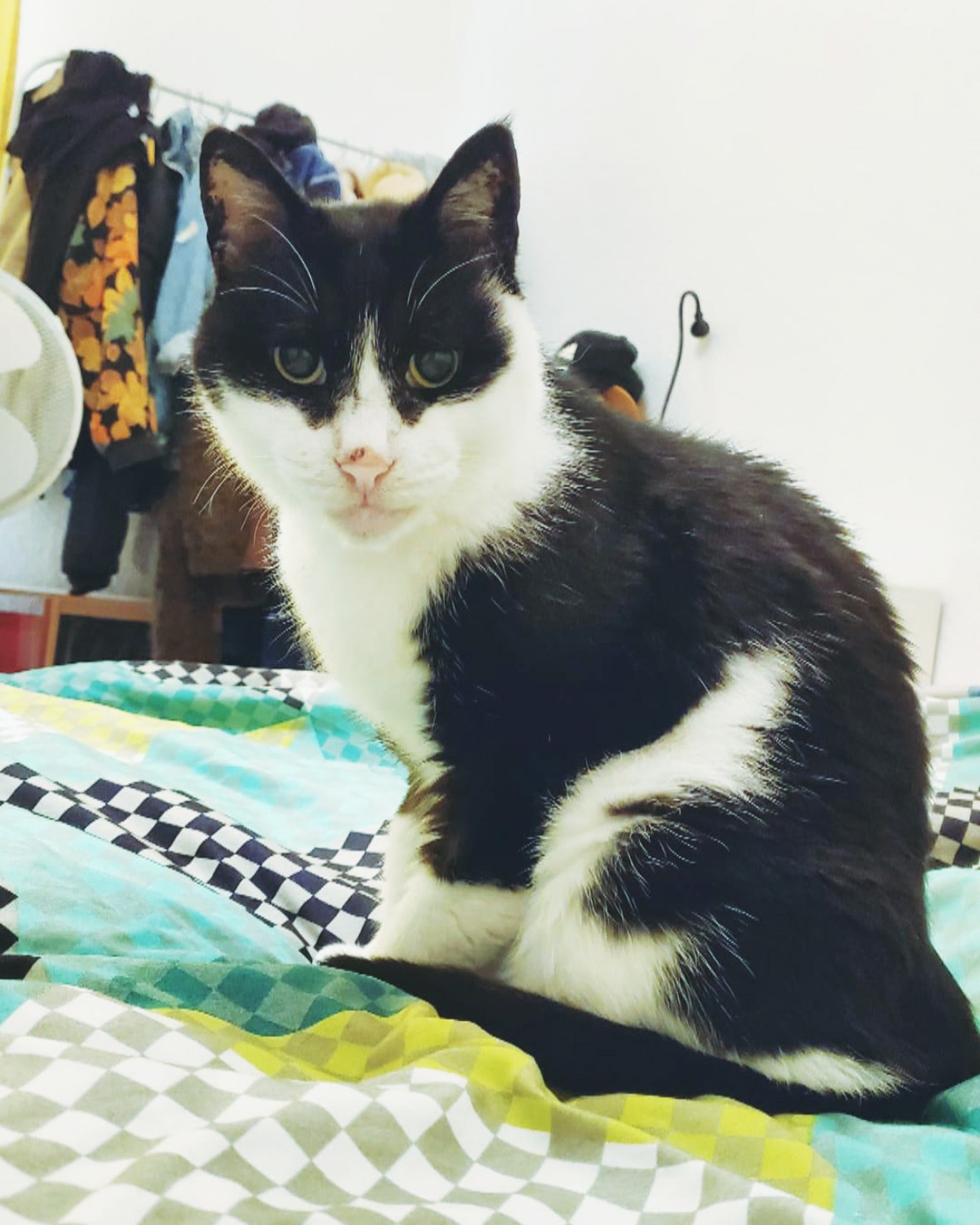 Search for your cat in a mysterious pandemic

I am so sad to hear of your loss. It is so unfair that we live so much longer than these magical little creatures. But you have created a fine tribute to your Catboy with your game. Thank you for sharing your talent, your story, and your beloved Jaycat with all of us.

I wish you both love and healing while you navigate this time of sorrow.

I am so sorry. As a cat owner myself I know how hard it is.

thanks, it never got easier~ V_V